This fight exists because of where their personalities, rather than rankings, place them. They are listed near each other in the UFC lightweight ratings, with McGregor fourth and Cerrone fifth, but, from an earnings and behavior standpoint, they are worlds apart.

The Rise of Two Superstars

McGregor vs. Cerrone: Two completely opposite paths to the top.

They both started with little-to-no money, but their journeys to becoming two of the biggest combat sports superstars were utterly different.

Dublin plumber to the king of combat

McGregor took naturally to the lavish lifestyle, but this wasn’t something he was born into.

Coming from a working-class family, McGregor started as a poor Dublin plumber before his eventual worldwide fame as the most “notorious” fighter on the planet, and the biggest name in the UFC.

His parents disapproved of his decision to quit his job as a plumber to become a fighter full-time. But McGregor stuck to his guns.

“You’ll be sorry when I’m a millionaire,” McGregor to his father.

And as you know, the rest is history. It has been a rise, nothing short of meteoric. It took four years for Conor McGregor to get to the top of the fight game. 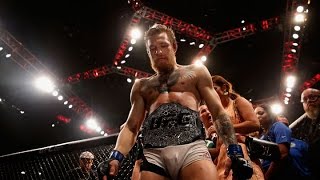 McGregor transcends the UFC. From headlining MSG and becoming the first two-weight champion in UFC history, to facing off against the biggest name in boxing.

McGregor propelled himself as the Mouth That Roared in 2017. He trash-talked boxing great Floyd Mayweather, performed the bad-guy role to the hilt and walked away with a whopping estimated purse of $85 million from their 2017 special event.

McGregor boxed well until he was gassed, and stopped.

It was one of the best performances ever by one fighting genre-crossing into the other. For this Mayweather effort, McGregor became permanently etched in mixed-martial arts lore as the “Crossover King. ”

McGregor does not have to work another day in his life. He has become more of a brand than a fighter. He doesn’t hold a title, his ranking as the 13th best pound-for-pound UFC fighter could be ceremonial and he has juggled interests.

As a superstar from Ireland, he also makes money away from fighting because of his Proper No. Twelve Whiskey, a clothing line, and sports and entertainment form.

He even has a reported deal with UFC that the whiskey brand logo is part of the promotion when he fights. McGregor is covering corporate angles.

In betting parlance, he has parlayed verbal confrontation — considered bullying by some, mere promotion by others — into a full-fledged financial portfolio.

He realizes the need to be entertaining in the omnipresent social media vehicle.

McGregor seized the earning utopia made in the age of self-promotion, relentless hype and perpetual friction. McGregor will make far more money than Cerrone here, and he gets a piece of pay-per-view sales that others don’t.

Now Donald “Cowboy” Cerrone’s story is a bit different. Like Conor, he started with little to nothing and eventually climbed his way to where he’s at today.

But unlike Conor, Cerrone didn’t need a microphone to get anyone’s attention.

He has always approached things his way: As a humble, no f—s given SOB with a US flag draped around his back and a cowboy hat on his head. He now happens to be one of the greatest MMA fighters of all time.

He loves to play as hard as he fights, the stardom and popularity that came with it is the cherry on top.

Joe Rogan once said, “Who likes fighting more than Donald? He is a legit wild man. He will fight anyone, anywhere, anytime.”

“Cowboy” Cerrone is a man of the people and indeed a wild man. He continually pushes his mind a body to the limits inside and outside of the octagon. Fans love this about him. He even built a fight sanctuary on his property where young fighters can come and learn. In true cowboy fashion, he named it the BMF Ranch (bad mother——). 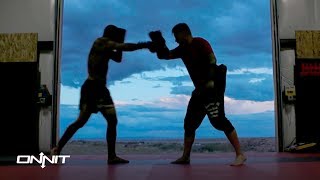 He retains a devil-may-care persona, signing a seven-fight deal with UFC even after absorbing recent brutal losses to Tony Ferguson and Justin Gaethje.

“It’s what I love, man. I love fighting,” Cerrone said. “It’s the scariest, most intense, fun feeling. … I couldn’t even explain it to you. If I get the call anywhere, I’m in.”

Nearly $2 million in reported earnings arrived in the past two years. It came via the guaranteed fee of showing up, along with victory and performance bonuses. Cerrone is a heralded all-star who remains driven for the next event.

During my training, I’ve gotta find time to escape the fight life a bit. That’s why I grab Danger, my @P3Protein and head out to the ranch. pic.twitter.com/ZSnCBNxj1t

For him, it’s not about the money or the titles, as Cerrone’s journey does sport the double-edged allure of finance versus physical health.

Has the go-anywhere-fight-anyone mantra been detrimental to title-bout chances and recovery time for the Cowboy? Probably.

Dana White is even a little hesitant about Cerrone’s lifestyle at times.

“He is who he is and does what he does, he’s incredibly talented and can do a million different things. But I can’t stand that he rock climbs, wakeboards, and bull rides the week of the (bleeping) fight!”

But Cerrone has a passion for what he does, unlike anything we have seen.

An athlete willing to drive an RV across the country to compete, or, as Cerrone did, get into town in the wee hours and make himself available for a UFC fight the next night just in case there was a cancellation.

This is a legitimate professional superstar and UFC fan favorite. The man doesn’t need to go through all that just for a chance to fight. But that’s what he does, and he loves every minute of it.

For Cerrone, a couple hundred thousand dollars each bout adds up to security, offsetting memories of $3,000 fights when he started. It makes sense for him to grind out the paydays.

Few athletes enjoy the marketing success of McGregor. Few can master the art of being appropriately managed and finding someone who can maximize their earning potential.

In any other work realm, Cerrone’s approach is considered perfect: show up, work longer and strive for bonuses. Grab the cash while it can be grabbed, because the supply can dry up.

Cowboy vs. Notorious: The smart bet?

Given the unique nature of MMA betting props, it hardly matters that McGregor is -305 at DraftKings, nearly prohibitive on the moneyline and that Cerrone is +240, must-play odds for his supporters.

Which is interesting, because Cerrone’s ground game is very underrated. He’s known for his incredible muay Thai kickboxing skills. So, his JiuJitsu game often gets overlooked, and he has many submission wins throughout his career because of it.

Both DraftKings and FanDuel sportsbooks have numerous additional wagers available. Betting aside, Cerrone and McGregor connect to the public via different emotional methods.

The perception among UFC fans is that while the McGregor’s, Brock Lesnar’s and GSP’s of the world have gotten their financial due, Cerrone hasn’t obtained his.

Cowboy doesn’t wait around for anything.

“If you always keep yourself ready, you never have to worry about getting ready,” Cerrone says of his instant availability to fight.

The blue-collar king. The fan’s fighter. A $6 million man, perhaps more with sponsorships, etc., exchanging vicious strikes with someone close to him in rankings, yet a world apart in earnings.

Cerrone isn’t viewed as a serious trash-talker. When the fight was announced, he proclaimed the bonus records and earning incentives to get McGregor’s attention.

But you said they were just rumors!

“The Notorious,” who never met a confrontation he didn’t like, simply told Cerrone to wait until after Christmas to begin the promotion. He was already being called a coward by Gaethje, who wants his seat on the McGregor Gravy Train.

And they value Conor McGregor and Donald Cerrone.

One transformed the UFC; the other helped build it.

It’s likely that both fighters have seen their better days and that McGregor will have trouble lighting the blue-collar flame prosperity vanquishes. This is only his second fight in 38 months.

But the fans don’t care. They relate to both fighters.

McGregor versus Cerrone; who you got?