Alex Dreyfus is on a mission to “Sportify” poker. It’s a grand vision and one every poker player and poker enthusiast should get behind, and while I wish him nothing but success and hope that his vision eventually becomes a reality, right now I’m on my own mission.

We need to “Sportify Poker” to make poker more legit. For poker player’s family & friends, and for poker staff. We should be proud.

My mission is similar to Dreyfus’s, but it’s not quite the same.

I’m on a mission to legitimize online poker; to pull back the curtain and let the masses get a look at the industry. I want the most causal poker player or layperson to realize why they should trust a licensed online poker site in the United States in the same way they trust eBay or Amazon.com.

I want people to realize that the same regulatory bodies you trust when you visit a land-based casino are overseeing online gambling.

Trust has always been an issue

Online poker has had a trust problem since the day it launched.

If you go into any brick & mortar card room and ask the players if they play online you’ll definitely find a lot that do, but you’ll also find a lot of long time poker players that they simply don’t trust online poker.

This fear has never been adequately addressed, and some 15 years on (online poker sprang into being in 1998) little has been done to put the public’s mind at ease.

Furthermore, most of the mainstream coverage has painted the industry in a negative light.

From 60 Minutes specials on Super-User scandals, to US Attorney Office’s calling one of the most well known online poker sites a Ponzi scheme, to Sheldon Adelson’s very negative anti-online gambling campaign, is it any wonder the average person on the street is quite skeptical about online poker?

And this doesn’t even take into consideration the numerous POKER PLAYERS who post “online poker is rigged… wake up you idiots… you can’t win” on every Internet forum and in every comment section any chance they get.

This is why I’m such a fan of PokerStars recent “Inside PokerStars” web series (Videos can be seen below).

These somewhat quaint, but informative “behind the scenes” videos are precisely how I feel we need to get the message out to the masses, and educate them as to how a Random Number Generator works, or how the site protects player funds. These are important issues for casual and potential online poker players, and most people still only understand them in an abstract way, much like how a TV or the Internet works.

Some have snickered at these videos, calling them little more than propaganda from PokerStars, but at this point in time propaganda is precisely what we need. Who cares if it’s an idealized view of the company?

Isn’t every hamburger and sandwich we see advertised on TV an idealized version of what you actually receive at the counter?

Quite frankly, poker, and especially online poker could use a bit of idealization.

The game could use some positive PR, and more importantly, the game needs to shed the stigma of being opaque and become more transparent, and this is precisely what PokerStars new web series does, it offers a positive image of the company (and by extension online poker) while at the same time explaining key parts of their operation that players would like to know.

Another great example of lifting the veil is the recent article on the New Jersey Division of Gaming Enforcement’s geolocation control center that appeared in the Press of Atlantic City. Once again, this is precisely what the general public needs to see to put the negative connotations of pre-regulation online poker (Ponzi schemes and insider cheating scandals) to bed.

The NJ DGE has done an admirable job of being transparent when it comes to online poker and online gaming. In addition to the Press of AC article detailing geolocation technology, the DGE also answered a number of questions regarding the software testing process that operators must undergo to have their poker clients approved and/or upgraded.

You can read the interview on software testing with Eric Weiss at OnlinePokerReport.com.

And as promised, here are the four episodes of Inside PokerStars:

Behind the Scenes at PokerStars HQ 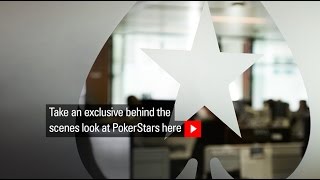 Episode 1: What kind of company is PokerStars? 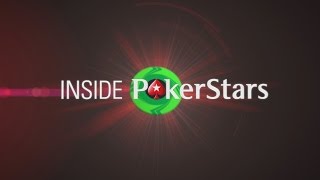 Episode 2: What does PokerStars do with your money? 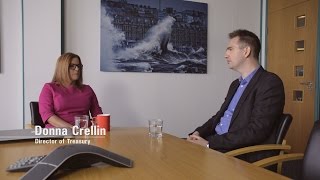 Episode 3: How does PokerStars shuffle the deck? 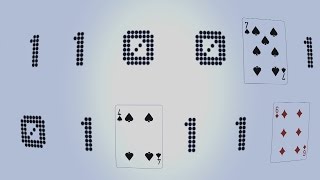 Steve is a seasoned veteran of the online gambling industry, having written about it from every possible angle in his many years as a freelance gaming writer. Based in Massachusetts, Steve especially focuses on regulatory and legislative news coverage pertaining to the U.S. market.