Supporters for a November referendum on North Jersey casinos are pulling their bets instead of doubling down.

No more ads from Our Turn NJ

Our Turn NJ — the major group pushing for a “yes” vote on casinos in the northern part of New Jersey — appears to be giving up the fight.

The group is funded by the likely beneficiaries if two new casinos are added outside of Atlantic City. That would be Meadowlands Racetrack operator Jeff Gural and former Reebok CEO Paul Fireman, who wants to build a casino in Jersey City.

The two men issued a joint statement on Thursday:

“We believe deeply that gaming expansion to Northern New Jersey is a remarkable opportunity that should not be squandered. We have committed $4 billion in private investment to this state to create world class resort destinations with gaming. The benefits include 43,000 new jobs and hundreds of millions of dollars in recaptured revenue — a rare opportunity for New Jersey. In addition, as New York debates allowing gaming in New York City, it is critical that we beat them to market or risk losing this opportunity permanently.

“The data, however, speaks for itself. The current political climate in New Jersey and voters’ concerns about the lack of details relating to the effort have proved overwhelming. Even knowing that an out-of-country gaming company that sends New Jerseyans’ gaming dollars to Malaysia is funding opposition ads does not have an impact. As such, with great reluctance we have decided to suspend the paid media component of the statewide campaign”

The “gaming dollars to Malaysia” refers to the Genting Group, which owns Resorts World at Aqueduct. That New York casino was poised to be hit hard if more regional competition was allowed.

Why are they giving up on North Jersey casinos now?

Gural and Fireman made a reference to the “data” speaking for itself. That appears to be a clear reference to a Rutgers poll released this week that shows poor support for the authorization of North Jersey casinos. Voters in that poll would vote by an almost two-to-one margin — 58 percent to 35 percent — to defeat the ballot measure.

The director for the Eagleton Center for Public Interest Polling, Ashley Koning, said “If this pattern continues, there is little hope for the ballot amendment passing.”

Our Turn NJ was still pushing earlier this month. The group had just released a new commercial on Sept. 10: 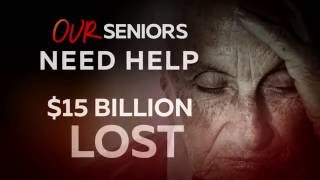 With no major funding behind an advertising effort for the referendum, its prospects seem dim.

The opposition — from both New York and AC — will likely continue to run ads in attempt to make sure the ballot measure doesn’t pick up any support.

Short of some major change in the dynamic in the state, AC appears set to hold onto its monopoly on New Jersey casino gambling.

Aside from his role as editor at LegalSportsReport.com, Dustin Gouker writes extensively about the legal online gaming and US online poker industries, having played poker recreationally for his entire adult life. He has also covered sports for The Washington Post and the D.C. Examiner, among others.